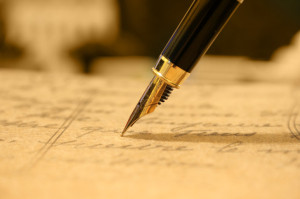 The story of Sisyphus comes from Greek Mythology.  According to the legend Sisyphus was a king who ruled through guile, deceit, and cruelty. According to the story this king’s misdeeds were so severe that the god Zeus punished him by compelling him to push a huge boulder up a steep mountain, and his punishment was that he would never succeed in reaching the top of the mountain. No matter what he tried, at some point on that slope the boulder would roll back down, and Sisyphus would have to start over again. According to the legend he could not pause and do something else; take a break, have lunch, or even rest. He was condemned to push the rock up the mountain, and when he failed, to start all over again. Over the centuries philosophers have had a field day making comparisons between Sisyphus’ dilemma and our all too human shortcomings.

So what does this story have to do with ethics? In more modern times tasks that are repetitive and have little or no value, whether performed in a corporate or government environment have become known as Sisyphean tasks. Companies and agencies are aware of the tasks that yield little or no value, yet they are reluctant for a variety of reasons to abandon them. It is here where ethics are often compromised. Employees are well aware that some work they perform has little or no value, and the temptation to skip the task, or take a short cut can be irresistible. Once an employee begins to skip this task or perform the minimum he or she thinks will do, it is a mindset that can poison the rest of his or her work.

Ethical failures matter regardless of the tasks from which it originated. This is why it is necessary that companies have regular conversations with employees and managers about ethics so that every decision and the work affected by those decisions are executed with an ethical framework firmly fixed in the employees mind. Where low value work is found to have infected an organization, employees should not suffer in silence, but challenge the need for the work to continue.

Challenging does not mean complaining about doing the work. It means the employee should apply quality assurance/quality control methods and tools to demonstrate that this type of work is detrimental the overall performance of a department or group, and that it should be abandoned or assimilated into a related set of tasks which do provide value. Where the type of work described here is found, the following steps are recommended:

1.  Compare the work against existing standards. If the work is not described in a written standard or procedure, the work must either be amended to conform to the standard/procedure.

2.  Can the work be measured such that the data can be used to determine actual performance against expected performance.

3.  Can a value be assigned to the work that exceeds the costs expended to produce the data.

If the work cannot conform to all three, the work should be abandoned or rolled up into other work that is more cost effective.