July 2014 | A Little History and A Little Culture 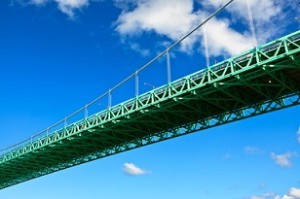 A Little History and A Little Culture

In my work it is necessary that I read material from many different sources. This is made easier by the fact that I like to read. Recently my literary perusals led me to a book involving industrial relation disputes in the early part of the 20th century. This era of the labor movement was decidedly non-peaceful. It was the opposite; often violent, bloody, and sometimes deadly. So it was with some interest that I read about a little known strike involving the Arizona copper mines just after the start of World War I where more than 5,000 mine workers struck over inadequate pay and other grievances.

What was noteworthy about this particular strike is that it was remarkably free of violence, negotiations were conducted peacefully, and it led to labor harmony for a good number of years after the strike was settled. That it was essentially peaceful from start to finish is why the event never made it into the history books or became a case study in some dry as dirt college text book.

What caught and held my attention was that part of the story about the cost of this dispute, both in terms of lost wages on the part of the workers and lost revenue suffered by the companies involved in the strike. The significant thing for me was the fact that neither side ever recovered what had been lost, even though workers thereafter made a higher wage, and the companies saw good profits in the years after the strike.

Fast forward 100 years later and similar situations confront us every day. They do not involve labor disputes per sea, but the basic fact remains – conflict exacts a cost and it can be significant. Businesses of all sizes face a whole range of issues, and they apply to many industries. Other issues affect particular industries. Yet, regardless of the industry the impact of conflict affects a company’s financial health, its organizational performance, its culture, the morale of employees, and the resources that a company allocates to achieve its objectives.

Most managers and employees do not have a clear understanding of the costs created by conflicts that are not addressed in timely or constructive manner. Both managers and employees often resort to creating ways of coping with the conflicts or finding ways to work around the individuals and the issues at the core of the conflict.  A quote attributed to Dr. Dan Dana of the Mediation Training Institute International states, in part, “unmanaged conflict is the largest reducible cost in organizations today, and the least recognized”. There is more than a grain of truth in this conclusion. A 2008 produced for the Myers-Briggs organization showed that an estimated 385 million work days were spent trying to address, work through, work around, or otherwise mitigate for the adverse effects of conflict. This translates into $359 billion in salaries and wages spent on conflict and its consequences that should have been spent on products, services, and all the other things that add value to a company’s brand.

When one sifts through the debris conflict leaves in its wake, it is often cultural issues that lie at the heart of the dispute or disputes that damage a company’s efforts to do its work. Disputes whose components are primarily cultural are not well understood, not discussed early or adequately, and are often addressed with a variety of temporary fixes that only alleviate the problem in the short term. People are learning that culture is a powerful force. It defines how a company or organization sees itself, and it shapes how it presents itself, its products and services. Its policies, procedures, regulations, and rules are built around its culture. It is why conflicts rooted in cultural disputes have such a strong impact.

Mediation is an effective way of addressing conflict in a constructive manner, but it is particularly useful when companies and organizations are faced with conflicts that are driven by cultural issues. Mediation, when used correctly, can be a very positive way of addressing this type of conflict, and the use of mediation allows those in conflict to heal the fissures that are damaging an organization’s effectiveness.