November 2014 | Why Do Catalysts Matter 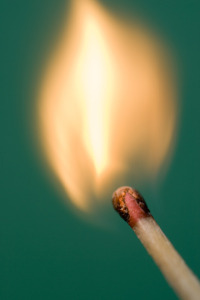 Why Do Catalysts Matter?

A number of factors can, like a catalyst in a chemical reaction, accelerate a conflict. This line of thinking came indirectly from a recent conversation with a friend and fellow veteran. His comment was that Veteran’s Day this year passed almost unnoticed; overshadowed by larger events here and abroad. The sound and fury of the recent election and events on the world stage pushed it into the background. He expressed regret that there is a lot of talk about honoring veterans, but surprisingly few know about Veteran’s Day. This year, like in other years, there were many public service announcements especially in early November asking people to thank veterans for their service, but my veteran friend noted that so few people serve in the military in this era that the majority of people are unsure what the day celebrates, what it means to them, and that is not a surprise. Memorial Day honors the men and women who gave their lives in defense of Liberty.

Their contribution is tangible, and there are memorials large and small that pay homage to their sacrifice and books by the legion that provide testament to the events. Veteran’s Day, however, is different. It is harder to quantify. The name used to be Armistice Day, and celebrated the end of World War I, sometimes called The Great War, or the War to End all Wars. For more than 50 years it was a holiday that recognized America’s participation in the First World War, and it was a national holiday. About thirty years ago that changed, and for reasons far too lengthy to cover in this letter. Now it is Veteran’s Day and its purpose is to acknowledge/thank those who served or who still serve in the military.

The conversation about Veteran’s day needs to change. So why is this subject the focus of this month’s letter? History books explain that the murder of the Archduke Ferdinand and his wife in June of 1914 sparked a world war. This isolated act of murder was a catalyst, and like all catalysts, it only required a small event to initiate a chain reaction.  Actions, like certain chemicals, can initiate a chain reaction that can be explosive in their consequences. In every company there is the real probability that one careless word, like a catalyst can trigger a dispute or a series of disputes that expand rapidly out of control and cause damage far out of proportion to the initial event. In this environment where workers have different cultural backgrounds, differing skills with language, and different approaches to problem solving, it becomes imperative that managers and employees have the skills to communicate with and among each other in ways that prevent or mitigate misunderstandings, and resolve arguments constructively. When I talk to groups of people or with my clients, I try to reinforce three basic ideas: