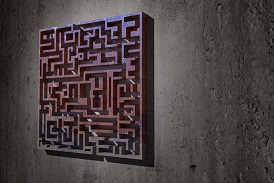 The Normalization of Bad Behavior – Part I

In the world of Safety and its various aspects there is a phrase that describes what happens when standards of behavior are not maintained. The phrase often used to describe this erosion is The Normalization of Deviant Behavior. While predominately a concept that comes out of the occupational safety field, it is relevant to the subject of ethics because ethics, like safety, is about behavior.

The general perception is many people don’t follow the speed limits because they think they are too low. While that may be true in areas known to be speed traps, the truth is that most people believe the speed limits are reasonable for the road over which they drive. So why aren’t they adhered to? The majority of drivers believe that the speed limit does not apply to them because they are better drivers than the average driver and that it is ok to go faster in that particular day.

But they don’t do just that one day. Because they are in a hurry the next day, they again go over the limits and justify that it’s ok because they are late to this or to that, and the weather is good and the road is clear. And it becomes a habit.

The driver who consistently exceeds the speed limit continues to see himself as a superior driver, and becomes impatient with those in front of him. He or she rarely remembers that the car in front always has the right of way. To this type of driver, the person in front becomes an impediment, an obstacle to his or her progress, so he speeds up even more to get past the motorist in front. It is because of this mindset of many drivers that most pedestrians are injured or killed and it often happens on clear days with no weather hazards.

The process where the unacceptable becomes acceptable is a gradual process that occurs over a protracted period of time. The deviant behavior is repeated without catastrophic results until it becomes the norm, and it applies equally to organizations as well as individuals. Like speed limits, organizations have standards that need to be maintained to assure that the safety of their employees and the quality of their products are maintained. Professions such Accounting, Law, and Medicine have rigorous Standards of Practice, and with the advent of quality improve techniques such as TQM and Six Sigma, companies are able to create their own standards of practice.

In part II on this subject I will describe the fallacy of the Shortcut. But in the mean time I invite my readers to read The Challenger Launch Decision: Risky Technology, Culture and Deviance at NASA written by Dr. Diane Vaughan where she writes in extensive detail about what happens when the Normalization of Deviant Behavior is allowed to play out to its ultimate consequence.

Food for Thought: “ The man of character, sensitive to the meaning of what he is doing will know how to discover the ethical paths in the maze of possible behavior.” (Chief Justice Earl Warren)