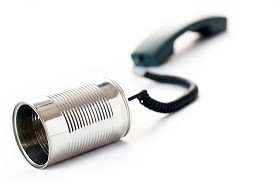 Did you Hear What Wasn’t Said?

Failure is A Choice

Sometimes someone deserves to lose. I am aware that in a world where people are routinely taught that they are special and everyone is a winner, the notion that people deserve to lose is giving voice to a heresy. I am not talking about the realm of politics or war and peace. Everyday people enter the workforce convinced they cannot fail because they were taught from the cradle to the moment they walked out of the school house door that they would be successful. But failure is always just a consequence away. The failure to communicate is one of the most common consequences, and one that I am asked to help unravel on a regular basis.

I wrapped up a mediation about two weeks ago that involved two companies in a classic contractor versus “owner” relationship. In this particular case the owner acted as the general contractor and the contractor acting as sub-contractor performed electrical and mechanical work for the owner on a commercial building.  The dispute was over an estimated $240,000.00 on work that was originally estimated at $1,700,000 and change.

The mediation saved the contractor a lot of time and money, but it did not save him from the consequences of his failure to communicate to the owner in a timely manner the cost of various changes to the work. This set of circumstances reminds me of the anonymous quote that states “Ninety-nine percent of all problems in communications start with misunderstandings which develop as a result of differing viewpoints and conditioning”. Neither entity is a novice in the area of commercial buildings and what it takes to build them and put them into operation, but both had understandings and viewpoints that were decidedly different from those of the other party.

The failure to communicate correctly often has significant ramifications as noted by the above example. So why do individuals and companies fail to communicate their understanding of an issue or set of issues before them? Cultural conditioning is frequently the root cause; someone doesn’t want to appear weak or to lack understanding, so the relevant questions are not asked, nor is one’s understanding of something offered up for confirmation or clarification.

Here is a simple straight forward principle and it is one that I preach to those clients who have the foresight to come to me before they get in trouble. If you agree to do something for another person, write down what you believe you have agreed to do, and present it to the other person. He or she will either agree or disagree, and true communication begins at that point and not some earlier stage in the dialogue.

As a reminder to my readers I am a member of a small business cooperative that is called the Services Cooperative Association. It website is www.servicesca.org. Several times a year SCA hosts a business to business workshop, and the next event is the 26th annual Entrepreneurial Workshop on July 1, 2015. It will be from 7:30 AM to 1:30 PM at the H.E.S.S. Club, and I will be one of the presenters. I will be discussing ethics in the workplace. I believe my Houston based readers will find this event worthwhile and I encourage all of you to attend. Please visit the above noted website to get all of the details.

Food for Thought: The most important thing in communication is to hear what isn’t being said. (Peter Drucker)