August at the Library

Direct from The Ethics Workshop.   Have you been to the library recently?

Well, come join us at the Kendall Branch of the Houston Library (see below) on August 25th. 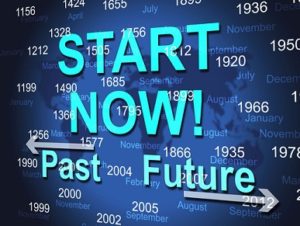 Experience an Introduction to:

Mark down the date and location shown below. Spend just two hours with us and you will learn about the building blocks for a more dynamic culture in the workplace.

WHAT WILL BE COVERED

In two hours YOU will learn:

That doing the right thing sets the stage.

That doing the right thing for the right reason is the difference between success and great success.

In two hours find out how these building blocks apply to real life situations and can transform a department or a company.

HOW MUCH DOES IT COST??  WOW!  YOU ARE IN LUCK. For this day only it is FREE.

The regular price for this is event is $189.00 per person, but we are introducing it to businesses in West Houston and Katy on the date indicated above through this no cost introductory offer.

To register, or for more information about other dates, please contact Jerry Cooper at: 832-452-8537, or at jerry_cooper@att.net.

In my earlier post I introduced the Wheel of Conflict created by Professors Bernard Mayer, Ph.D. and Christopher Moore, Ph.D.  When you read their work and the work of other practitioners, the starting point is often a discussion about the role of structure as a source of conflict. The point the two authors emphasized was that many conflicts result from the dynamics that exist between a manager/supervisor and the employees that report to him or her.

The primary fact of any company’s or organization’s structure is they contain a hierarchy where the higher you are in an organization the more authority and power you have over the actions and decisions of others. The manager or supervisor is the key player in anticipating and mitigating the potential for conflict. Therefore, one of his/her primary rolls is avoid being the source of conflict.

In any department, group, or team conflict is inevitable because the members of that organization will have different views on how to advance the work and often there will be differences of opinion on how to proceed. These differences can be exacerbated by the realities that every organization faces: limited resources, limited time, budget constraints, and a range of other constraints as well.

The manager or supervisor has a critical responsibility to see that the structure under which the team operates does not become the problem. The organizational structure by design puts limits and controls over any process and the people there. The manager’s goal is to make those constrains as neutral as possible.

It often sounds trite, but the key to eliminating structure as a source of conflict lies in the way managers communicate with the other members of the team. What gets communicated, how it’s communicated and when are critical factors in how a team responds to the information they must work with.