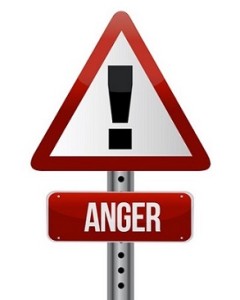 Being Confrontational is not Confronting Conflict

A fine line exists between being confrontational and the act of confronting conflict. It is the difference between emotion and fact. It is an unfortunate fact that people often allow emotion to build over issues they are unhappy about. They hesitate to address the issue head on before it becomes a major impediment in their lives or their work.

Insecurities and fear are frequent motives that underlie people’s reluctance to confront conflict constructively. It takes a strong sense of self to move past the insecurity and fear and face the issues. The key word here is issues because confronting conflict can only be successful when people work from the facts and not the emotions or feelings. I am no longer surprised over how hard it is for people in conflict with each other to let go of the anger and other emotions surrounding the issues being battled over. Confrontation is not about the battle, but about bringing down and dissipating the urge to fight.

In my work, I make a point of talking to people about the need to discuss conflict in their personal and professional relationships so that it starts to feel normal. People experience 1001 disagreements in their everyday lives, most of which are suppressed or otherwise ignored until a tipping point is reached and everything boils over. Disagreements are glossed over out a misplaced fear that the other party will become offended when the opposite is often the case. Disagreements discussed calmly and without passion, and that focus on the issues and not the feelings are the foundation on which strong relationships are built. It has been said before, but it bears repeating that a discussion works only as long as each side explains its point of view and avoids getting into arguing the relative merits of one’s position. The urge to win the argument is never far away so confronting arguments before they become conflicts require the many of the same steps used in mediation.

when someone decides to confront someone over an issue? You begin by defining (preferably on paper) what you believe the desired end result to be. What is the ideal outcome you feel is necessary? Prepare your points for discussion, and be sure that you can explain your point(s) of view factually. Inform the other person that you have a concern or set of concerns that you wish to discuss and in a positive and polite manner arrange for the discussion.

Above all recognize that you initially resisted in your own mind the need to confront the other individual, so you should expect the other person to resist your statement of the facts. Whether or not the other person agrees with you, your job is to negotiate not fight.

Food for thought:  “If you would win a man to your cause, first convince him that you are his sincere friend. Therein is a drop of honey that catches his heart, which, say what you will, is the great high-road to his reason, and which, when once gained, you will find but little trouble in convincing his judgment of the justice of your cause.” — Abraham Lincoln

Do you have questions about how to grow your business? Contact: www.servicesca.org.