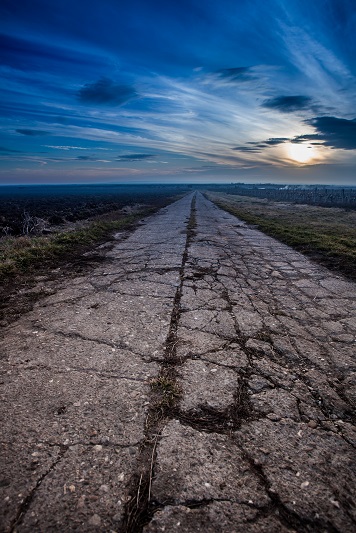 As any book, article, or blog will tell you, conflict is an inescapable facet of human interaction everywhere. In the workplace, conflicts flare up every day, and most are unremarkable. In an organization of any meaningful size, a large number of conflicts will occur. Almost all of them are resolved; some easily, some less easily, some quickly, some more slowly, but they get resolved right there where the conflict occurred.

If you use the analogy of a pothole, you immediately think about a hole in the pavement of one or more streets that you encounter on your way to work. A pothole in the street irritates us all because we know it may be awhile before the city or the county gets around to fixing it. If it irritates you enough, you may even call the public works department and complain, and they may or may not jump on it right away.

On the other hand, a pothole in your company parking areas gets an almost immediate response. It’s a safety risk and an eyesore you do not ignore. Not acting sets a bad example as well as reflecting badly on the company when potential clients visit your location.

The conflicts that we see are the potholes. The focus of this letter is on the potholes we don’t see; the unresolved conflict that lies beneath the everyday interaction that people see around them. These battles, and that’s what they often are, play out just beneath the service, and everything appears fine until suddenly it’s not.

The literature says the number of these percolating conflicts is somewhere between five and nine percent in any given organization. The interesting thing is while these conflicts appear invisible they are not. The untrained eye will miss the signs along the way, but these can be identified if you know how to look for them.

The reality is that supervisors and managers up and down the chain of command react to visible conflicts after they begin to impact the people involved and the work they do. They are trained to resolve (as opposed to solving) the conflict, or failing that to mitigate the effects of the conflict. When mitigation fails, the issues escalate with even more adverse consequences that all leaders are well aware of. Most experience leaders understand the problems created when conflict escalates.

Once a conflict escalates beyond a certain point, there are only two ways to resolve a dispute. One is through litigation and the second is through alternative dispute resolution. The problem with either option is that you no longer have the level of control that you would otherwise have. The outcome will be influenced, sometimes significantly, by third parties and when third parties come in to clear things up there can be a different set of consequences that an organization’s leadership would prefer not to deal with.

In this month’s letter, I ask my readers to think about the conflicts you are not seeing. If you are in a leadership role, it is important that you make this effort as it will lend greater credibility when asking your teams to look for these unresolved battles. Once you start looking you will find what was previously hidden and you will ask how did I miss that? So what does the leader do differently to help expose the previously unseen pothole? One of the first questions you or any leader should ask is where am I most likely to find these unresolved battles? You begin by looking for the disagreements.

You will find a brief video on the disagreement here.

Food for Thought: You cannot shake hands with a clenched fist. (Indira Gandhi)