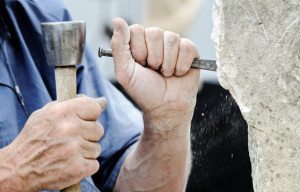 Can a Good Idea Cause Trouble?

At a conference I attended recently I observed two people discussing the process that mediators use to help parties reach an agreement generally referred to in the trade as the Settlement Agreement.  Several of us were at this table so it was not a private conversation in that sense.  It later became clear that the individuals were disagreeing about a book written by Messrs. Robert A. Bush and Joseph P. Folger titled The Promise of Mediation.

By way of full disclosure, after the conference I bought the book to see what the discussion was all about.  I discovered that the difference of opinion was over the authors’ conclusions toward the end of the book where they make several arguments about the need to change the process that mediators use to help parties write the Settlement Agreement.  Without venturing too far into the weeds, the book is their analysis of the Transformative Approach to mediation, which is the style that I ascribe to as well.  I found the book an easy read with a some examples that the average person would find useful to read through and understand.  I readily admit I found more than a few areas of the book that were thought provoking in a good way.

After some thought however, I find myself taking the side of the person who argued against the recommendations in the book about making changes to the mediation process, at least to the extent offered by the authors.  I am open to the idea of changing what mediators use in the Opening Statement.  While the mediation process creates a systemic process for conducting a mediation that is impartial and balanced, some areas require that the mediator take a dynamic as opposed to static approach. The Opening Statement is one such area.

I also agreed with the authors insistence that mediators need specific training in how to better summarize “….the parties’ views and positions without substantively reshaping what the parties said.” However, I took a distinctly jaundiced view of the changes proposed in the book for the Settlement Agreement.  A Settlement Agreement negotiated by the parties without the “help” of the mediator reflects the areas of conflict the parties were able to resolve constructively. If the agreement reflects the constructive compromises of the parties, it is often enough to heal the rift, especially in a business relationship, and allows the relationship to be lifted back on the tracks so that it can move forward.  No negotiated agreement resolves all issues for either party, but if it was constructive, they can move forward and do business again in the future. The trust between the parties remains in place.

I find the idea of introducing into the Settlement Agreement issues that were left unresolved problematic to say the least.  As justification for this, the authors’ introduce the view of impasse discussed in Joseph Folger’s other writings as “steps along the way…” This approach may have some value in specific areas, I remain skeptical that a broad application would be effective. Businesses, having moved a project to a successful conclusion, often have ordinary issues that need resolution to successfully closeout a contract, a project, or program. These items are largely a process of reconciling administrative and financial details. Creating a trail of agreements that ostensibly settled matters yet at the same time did not settle matters will, I believe, create a fertile ground for other arguments at the point of closeout. I am discomforted by the idea that mediators should create, as part of the mediation process, the possibility of future conflict

Food for thought:  Once a conflict becomes intractable, constructing an agreement between the parties is like cutting marble to create a statue – one misstep, and the results turns to rubble.

Do you have questions about how to grow your business?  We recommend: www.servicesca.org