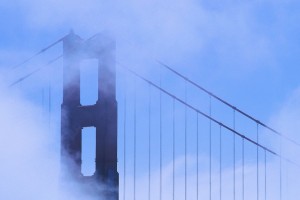 Successful negotiations require preparation. Any negotiation not based on this fundamental premise will fail. That said, what do I mean when I talk about preparation? You begin by accepting three basic principles.

I am a believer in the notion that you have to position the negotiation on a framework of facts that will form the foundation of the negotiation process. This means the facts that support your point of view and as many facts as can be obtained to define the other party’s point of view. However, once this framework is in place you are still have more work to do. The amount remaining depends on the complexity of the issues and the amount of money involved which almost always will be the key driver. In addition, the other party will question your motives, and if you are honest with yourself, you will question theirs. It is an inherent human condition and it colors every negotiation you will undertake so this initial lack of trust has to be taken into account as part of the framework discussed above. It has to be one of the factors you take into consideration.

A certain level of trust exists otherwise you would not have entered into the relationship to begin with, but resolving a business dispute calls for a level of trust that is not required in conducting an “arm’s length” business relationship. Therefore you have to accept that the other party will be less than forthcoming about the information it provides to you and what it tells you about the information provided. You also can expect the other party to engage in game playing as a means of strengthening their negotiation efforts. Game playing is different from Game theory.

I have found it very helpful over the years to use game theory tools of risk analysis to define the various variables for the factors used to construct the negotiation framework, and subject them to the mathematical tools available within game theory. Yet, that is a subject for a different day. The focus of this letter is on the inevitable fact that as a negotiator you will need to mitigate for game playing by the other party.

A recent article by Robert D. Benjamin, Game-Playing in Negotiation and Mediation: Machiavelli’s Place at the Table, is a lengthy yet thorough examination of the role deceit and guile play in many negotiations. His article addresses a number of issues, which are too lengthy to go into in this letter. I found one of his points to true from my own experience over the years. His point is that reality dictates that some degree of game playing is inevitable and the negotiators need to have a strong ethical foundation to prevent the game playing from being the end purpose. Instead of paraphrasing his analysis, which is quite detailed, I will offer the following.

In a negotiation it is acceptable to use moves similar to those in chess or in sports to feint, or like the misdirection of the magician uses, to get the other party to think you are going in one direction when you are in fact going in a different direction. If such an action is taken to strengthen the possibility of an equitable agreement that is one thing, but if it is taken with the intent of strengthening your position at the expense of the other party that is another thing entirely. My goal has always been to reach an agreement that meets the requirements established for a successful negotiation and that also is acceptable to both sides. If the use of a strategy (as opposed to a tactic) harms the other party, I will look to a different strategy. If you fail to adhere to ethical standards, you will fail to achieve what Roger Fisher calls achieving a Principled Negotiation in his book Getting to Yes: Negotiation Agreement without Giving In,

The point is this; if you cannot find a way to conduct a negotiation ethically, you are the wrong person to carry the company’s reputation on your shoulders. The other point I want to make is that the most successful negotiation is a Win-Win negotiation. This approach is the most difficult to achieve because it requires both a systemic and process oriented approach; yet it is best method for achieving the desired outcome and protecting the relationship of the parties.

Food for thought:  “Hold yourself responsible for a higher standard than anyone else expects of you. Never excuse yourself.” (from Henry Ward Beecher).

Want to learn more about mediation. Go to: http://cdci-mediation.com. Do you have questions about how to grow your business? Contact: www.servicesca.org.