Gunfight at the OK Corral

For more than 100 years stories about the West were a common aspect of our culture, and the myths coming out of these stories captivated people around the world. As a native of Arizona, I was like many kids of that time in that I loved to read just about anything that held adventure and drama; especially westerns. 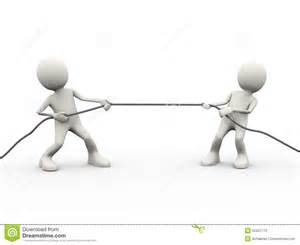 When I was about 12, I discovered paperback novels, and suddenly my weekly allowance went toward books by western writers like Owen Wister, Luke Short, Zane Gray, Wayne Overholster, and many others. I was drawn to the battle between good and evil in many of these stories. They were catnip to a kid who grew up in small mountain towns with little or no access to TV or even decent radio reception.

A couple of years later I read a book about the Tonto Basin War, also called the Pleasant Valley Wars. It was the bloodiest feud in America’s history with a family by the name of Tewksbury on one side, and a family by the name of Graham on the other. The Hatfield-McCoy feud was also violent and is better known, but it was stopped before it got too far out of hand, because the governors of Tennessee and West Virginia called in federal marshals and federal troops to bring things under control.

The Arizona feud lasted roughly eleven years from 1881 to 1892, it cause others in the Tonto Basin to take sides, and by the time it was over between 35 and 50 men, women, and children had been killed. It completely wiped out the Graham family, and Edwin Tewksbury was the sole survivor in his family.

What does this brief history lesson mean? It is my way of reminding those who take the time to read my articles that all conflict is driven by emotion; even conflict in the workplace. As a student of conflict, I’ve made a point of reading about feuds, how they start, and how they escalate. These stories offer a window into how conflicts play out all around us; not only at home but at work.

Feuds can escalate to the point they can damage a nation. Do I exaggerate? Read about the War of the Roses, and how it effectively reshaped England and paved the way for the Renaissance. In a similar way, conflicts inside a company can both damage that company and reshape it in significant ways. To illustrate my point further take a look at the airline industry during the first 10 to 12 years after the industry was deregulated in 1978. The conflict between the airlines and the unions were epic, and these protracted battles caused some airlines to fold and others to merge, but ultimately it was the union employees who lost the most. These labor conflicts re-shaped the industry, and now there are more airline companies today than 20 years ago. They are smaller, leaner, and more responsive to the demands of consumers. It is also a safer industry thus far. Leaders and managers misperceive important things about conflict. It is a basic truth that conflict exist in the workplace and it is sometimes necessary and healthy. It is also a basic truth that conflict does more harm than good, and while it’s important for some conflicts to exist, leaders and managers must be vigilant and highly responsive to those factors that exacerbate conflict. I am deeply skeptical of those in the conflict resolution field who argue that it is important to manage conflict in the workplace. I am sometimes frustrated by the sheer number of those offering this collection of recommendations or that collection of suggestions for managing conflict. While they all recognize the truism that conflict exists and must be addressed, too many take the approach that it is malady that hasn’t been treated properly. From my perspective, Leaders, managers, and supervisors fail to effectively manage the environments their employees work in, and because they are not focusing on the environments, distortions and inefficiencies that affect a work environment go un-noticed, and as a consequence, conflicts take hold and grow. Conflicts rise up every day in the workplace and 95 percent of them are resolved between and among those closest to the disagreement, and the day evolves and the work goes on.

In the five percent that is not resolved “in real time”, two things generally happen; some of these float along just beneath the surface. These lingering conflicts create a pressure that rises up and recedes like a hot springs, and every once in while they boil over, and a supervisor/manager has to step in and smooth things over. These types of conflict can go on for a long time; sometimes for years before they get out of hand. They largely go unnoticed except for the one characteristic that defines these environments, and that is turnover.

If a company or organization has a department that, over a period of several years, experiences an abnormal turnover rate, then chances are that department or group has an unresolved set of issues creating an unresolved conflict.

The second thing that happens when a conflict is not resolved in real time is that a friction point develops, and this becomes, metaphorically speaking, the pain point. The unresolved conflict coalesces around that point, and gradually gathers strength.

In my work with clients I talk about this type of conflict almost every time I meet with them to discuss the conflict resolution coaching and training I provide. I call this the Point of Convergence® because this is where the environment begins to destabilize. I emphasize the importance of recognizing this type of strife because of the speed at which it can escalate.

Earlier in this article I noted that leaders and managers generally do not understand some of the characteristics that define different types of conflict, and one of those is that some workplace conflicts have great energy. They can move from the disagreement phase to the argument, to the dispute, to a full blown conflict where trust is blown up and the interpersonal relationships of a department or group breaks down completely.

It has become an intractable conflict. Once it reaches this stage, the steps needed to restore a smoothly operating department or group will be time consuming, painful to implement, and like a patient going through physical therapy, it will require patience.

Company leaders and managers can mitigate these consequences by changing how things are communicated from the managerial ranks through to the rank and file. One simple place to start is to encourage managers and supervisor to emphasize the need for consensus instead of compromise whenever disagreement become evident, and that the department or group participate as a whole so that the work environment remains stable and positive.

As always, I encourage my readers to reach out if they have any questions about what you read.

If you are curious, we are just a telephone call away. You can reach us at 346-561-0612, at 832-452-8537, or jerry@cdci-mediation.com. Also, we support all who want to start and own a business, and we recommend the Services Cooperative Association at www.servicesca.org