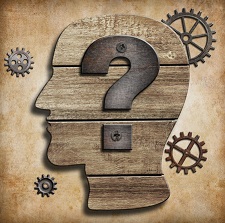 Where is Your Ego?

The Ego is an essential facet of the human character. It is what drives human ambition, and it is what leads to failure. There has to be a sense of strength in oneself in order for the Ego to be a positive force, and if that inner strength falters, the Ego can work to one’s detriment. What does this have to do with conflict?

Some years ago I read an article by a psychologist who wrote that essential human characteristics are not fixed in early childhood as many believed, but that these characteristics can be changed if one is motivated to change. Whether we are naturally warm towards people or reserved, introvert or extravert, open to change or suspicious of it, we humans have the ability to adapt to the needs that confront us. What one calls a mindset is instilled over time, and requires conscious effort by a person to achieve a change in one’s mindset. But people do make the effort and more frequently than they may realize. One of the facets that drives one’s perceptions and behavior is ego.

It is a powerful catalyst, and depending on the how it is applied to the characteristics noted above, it can be a powerful motivator behind one’s success, or it can lead someone to make a ruinous or damaging mistake. It’s is like firing a torpedo expecting it to hit a target only it comes back and sinks one’s own ambitions.

Ego-driven behavior is often a key component in many conflicts. In my monthly letters I sometimes touch on the factors that drive conflict, and there are many. Some of these factors occur more often than others – cultural misunderstandings is one, but there are others as well. Yet underlying many of these reasons why conflicts escalate to the point it requires the assistance of a neutral third party is the behavior of one or more of the principles in the dispute, their mindset, their attitudes and how these things shaped their decision making.

If you are of a certain age, you studied modern poets in high school and college. One of those poets was T.S. Eliot. What is often overlooked is that T.S. Eliot was an Essayist of some note, and in one of his commentaries he stated that “Half the harm that is done in this world is due to people who want to feel important. They don’t mean to do harm; but the harm does not interest them. Or they do not see it, or they justify it because they are absorbed in the endless struggle to think well of themselves.” I sometimes hear someone use this quote primarily in a political context, but pointing out the ethical failures of politicians is like trying to count the stars. It is in the business environment where failure, sometimes dramatic failure, can be traced to someone’s effort to fulfill an ambition or to get others to think well of them. And it is in this arena that conflict resolution plays an important role. It is the third party neutral’s challenge to disengage people’s emotions from the issues before them.

Conflict Resolution is not always after the fact. When I meet with clients, I remind them that successful companies avoid many of the pitfalls that plague so many others by taking action to assure that their employees learn that it is the issue and not the person that drives success. In these companies employees are taught how to speak with each other, how to speak to customers and clients, and to drive an issue to a successful conclusion without investing it with personality issues from which so much conflict arises. I remind my clients, diplomatically, that it is useful to spend time studying real life cases where ego-driven decisions can lead to costly mistakes. A recent example of this is the painful experience of Microsoft and its acquisition of Nokia. The sums that define that failure are titanic and I suspect that that event and its consequences will be studied in graduate school programs for decades to come.

Food for Thought: Leave your ego at the door every morning and just do something truly great work. Few things will make you feel better than a job brilliantly done. (Robin S. Sharma)