How to Avoid the Escalation that Leads to Conflict 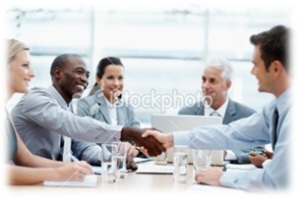 A recent article on Mediate.com offered a commentary on Forbes Magazine’s annual Best Places to Work survey. The article touched on a number of issues that interest mediators and conflict resolution practitioners, but three of the points from the Forbes survey are particularly useful to anyone who wants to improve their workplace environment. These are issues that I talk about with my clients that experience employee disputes.

The first of these is a low tolerance for griping and chronic complaining. Employees who have a legitimate concern, even if only from their perspective, present their complaint in a positive and constructive manner, are treated with respect. Those who frequently gripe or complain but do present their grievance in a positive manner can create an environment where disagreements flourish.  The companies in the Forbes survey tend to have cultures that have a low tolerance for this type of communication. They tend to have formal communication training programs and processes to train their employees in positive communication techniques.

The second point highlighted by the article is that a number of the companies surveyed include in their communication processes training on how to resolve conflicts constructively. It is a concept I strongly endorse. In my own work with clients I emphasize the importance of providing employees with the training necessary to recognize when disagreements are becoming problem issues, and giving them the tools to work though these disagreements.

In my earlier posts I talk about how workplace disagreements can escalate into conflict for a variety of reasons, and how these conflicts can damage the progress of the work and damage the goals and objectives of the department or organization. Employees who can discuss their views in a controlled setting create the kind of environment that can prevent or mitigate the escalation that transforms disagreements into workplace conflict.

The third point discussed emphasized the importance of separating the issue from the person. Employees and supervisors need to recognize that personality traits are not the problem. They can influence how people react to issues, but it is the issue that matters and not the other person’s personality traits.

The article poses the question to provoke a discussion among the readers of the articles posted on this website. If one were to land on the website and read the article out of curiosity their initial reaction might be something on the order of “of course mediators should swear an oath, etc., etc.  Yet that conclusion, while normal, would rest on a shaky foundation.

What is the Hippocratic Oath? It is an ancient oath that physicians and physician assistants swear to uphold. Its foundational principle is first and foremost Do No Harm. There are a series of covenants within the oath, and they are all predicated on the above stated principle. The oath exists in its original form as well as in more modern language, and its original purpose was to separate the trained healers from the charlatans. And that remains its principal purpose today.

So what is the underlying proposition of the author of this article? I found none in the article posted on the website. My experience tells me that a hypothesis or proposition is based on observed failures that affect adversely some desired outcome, and I do not see this here.

I am both an arbitrator and a mediator and I believe in conforming to and complying with the ethical standards of my profession. There is a written code of ethics for arbitrators and for mediators, and I work hard to adhere to those standards. Many of the arbitrators and mediators I worked with and those whose work I know are equally committed. The code of ethics to which mediator subscribe is a good one in that it focuses the practitioner on his/her duties and responsibilities. Its focus is on the behavior of the mediator.

My objection to an oath is three fold. One, oaths are administered to people who are placed in a position of public trust where they are called on to act on behalf of the public. Examples of this are elected officials, officials appointed to sensitive positions, and other similar criteria. A second objection stems from the fact that the imposition of oaths has historically been a prelude to licensing, and licensing was widely used in many states as a means of limiting competition. The third reason while separate is somewhat related to the second in that oath taking can lead to creating standards and processes that conflict with the laws and customs of individual states, and which again can lead to a process that limits competition and flow of ideas, tools, and techniques; which are the life blood of what we do as mediators.

Mediators do need to be qualified and, from what I have observed, the certification processes that exist in the various states are up to the task of making sure that practitioners have the training and tools necessary for the work they do.