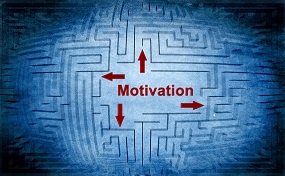 Motivation – There is No Secret Formula

A few years ago in the movie For the Good of the Game the actor Kevin Costner plays baseball pitcher. Toward the end of the movie, the character he plays finds himself at the end of his career on the mound pitching the last game of his career. As he stands on the mound, he does what he had done countless times in his career and tells himself to “clear the mechanism”.   What he tries to do, but cannot on that particular day is clear the mind so that he no longer sees the fans in the stands or hears the noise; just the ball and the catcher’s mitt. Yet he cannot shut everything out as he used to do.

When I speak to a client’s employees on the subject of Motivation, I use this scene as a way to set up my discussion about removing the obstacles and distractions that interfere with their ability to what they need to do in a timely manner.

I tell the employees I meet with that immediately jumping into a task leads to more false starts than successes. That when something important needs to be done, the first thing one should do is remove the clutter, and eliminate or reduce noise such as conversations, or other sources of noise. When you have done this, you focus on the principle that the something you want to do is the sum of a series of event or actions.

So you begin with short terms goals and you set time limits on these. By doing this you incentivize yourself and you avoid the frustrating and time-consuming false starts that plague the start of a project where you try to do too much too soon. When you have successfully accomplished the first three or four goals, increase the amount of work for the next two or three goals and add extra time, perhaps in 10 or 15 minute increments.

Reward yourself every 30 to 40 minutes by standing up, getting a drink or simply walking around for brief time. If the project you are working on is going to take time, you need to give yourself a stretch goal as part of the overall objective.  Write the goal down in enough detail that will allow you to understand its components and it has to take you outside your comfort level.

I want to return to the subject of distractions. Even if you successfully remove distractions when you set out to carry out the goals and objectives you have written, distractions have a way of coming at you throughout the day. The way to stay on task is to not allow the distractions to frustrate you. Recognize when a distraction in interfering with you concentration, and simply take a moment to write what distracted you on a sheet of paper. After you write it down, study it for a moment and decide if it is something you need to act on later. Put a label on it and a time to deal with it later that day. Once done, refocus on what you are doing.

You will often find that at the end of the day, you accomplished more than you normally do, and that the list of distractions that wrote you down over the course of the day are in fact thoughts and ideas that will ultimately make the process or product better. As Henry Ford said “nothing is particularly hard if you divide it into smaller jobs.”

Whenever the circumstances allow, I like to end my Motivation training by asking the attendees to take a small card home to read and think about. I don’t encourage them to take it to the office because they rarely  think about it at work. However, many will take time at home to read the card again, think about what it says, and perhaps remember it in the future.

The three by five note card contains nothing more than a message from Ray Kroc, the founder of McDonald’s. It says;

“Nothing in the world can take the place of persistence. Talent will not for nothing is more common than an unsuccessful man with talent. Genius will not – unrewarded genius is almost a proverb. Education alone will not; for the world is filled with educated derelicts. Persistence and determination alone are omnipotent.”