I gave a speech at a Chamber of Commerce event recently about the need for a systematic approach when meaningful conversations become necessary. After the meeting, one of those attending asked why this issue varies so much from company to company.

This question is ultimately one of leadership, and questions about leadership fall into the same category as advice. Offering advice to someone who did not ask for it is a wasted effort. One, the person extending a suggestion can come across as paternalistic, and the person on the receiving end will, almost always, feel criticized. Even when someone seeks advice, many times, the person isn’t looking for an answer.

In reality, that person is asking himself what hasn’t he thought of, and is there something he might be missing? Giving advice is like walking onto potentially unstable ground, and it is generally a good idea to tread carefully when you find yourself in this situation.

Talking about leadership is even more difficult. Some years ago, I heard someone say he did not like walking around with an empty bucket; that it was a waste of time. He went on to say that you had to be careful what you put in the bucket because you could still be wasting time.

I was so struck by that image that I’ve used it several times over the years when taking up the challenge of writing on leadership. An ocean of words exists on this subject, and everyday writers add more words to this ocean.  Some, like Jack Welch, John Maxwell, and Frances Hesselbein, are masters at living and speaking what it means to be a leader. They, and others like them, stand out from the crowd, and what they say, and what they write about has a lasting impact.

Knowing this, I keep the image of the empty bucket metaphor front and center so that I don’t find myself lugging a bucket of water across the beach and pouring it into the ocean.  I wrote a book, The Monday Morning Checklist; A Guide for Experienced Leaders in a Busy World. In the book, I make the point that people develop the habit of filling a bucket with water, then walking across the beach, and pouring that bucket of water in the ocean. They think they are doing something constructive, but they aren’t; it has become a habit which they justify through various rationalizations.

Philosophers and Psychologists may find such exercises filled with symbolism, but leaders who engage in these kinds of useless activities set themselves up to lose credibility with their employees across the organization. Those who speak on the subject of leadership also can find themselves pouring a bucket of water into the ocean and not realize it.

The obvious question is, how do I avoid the empty bucket? I avoid it by focusing on relevance. I stay connected to the questions that people ask that drive actions and behavior.

In this case, the question asked of me was why leaders take widely different approaches to the matter of how they handle difficult conversations. Leaders know that the specifics of a job are never the same from company to company. Accountants, regardless of the company they work for, follow established accounting principles. Engineers do their work by following the technical standards of their particular discipline.

They train the new hires, and those already employed who take on new responsibilities. Company leaders recognize the need for such training because, whether hired directly out of school or hired from another company, that person will need instruction on the specifics of their job. Otherwise, a strong possibility exists that employee will fail.

How employees execute their work is influenced also by the processes and procedures relevant to that particular business. Someone with experience at one company can’t assume that everything he or she learned at the previous company has validity in a new job in a different company. Those tasked with hiring people understand this, and design training programs that instruct the new employee in the specifics of the new position.

No training is failsafe, and employees will make mistakes, and good leaders understand this. Yet, this is an area where companies struggle the most to get right. Anyone who leads others knows that failure is fundamental to learning and becoming better at what you do.

Those of you who consistently read my newsletter and posts know that I’ve written on why companies need to make room for failure. Employees need to know that failure is not fatal to their employment or careers. The challenge that companies have is setting the stage for taking a failure and allowing the employee to learn from it.

Those companies who do it well, train managers and supervisors to apply what I typically call the three “W’s.”  In a typical situation, an employee that fails to meet the standards of the job is taken aside by the supervisor, and they discuss what happened. They discuss when the employee knew it, and what the employee will do to fix it.

These three questions put the employee at the center of any action necessary to demonstrate the employee can master the job and adhere to the standards to which he or she is accountable. In the book referenced earlier, I wrote that most people understand that failure teaches us to become better at what we do.

Unfortunately, these teachable moments rarely occur. Instead, most employees are encouraged to emulate the success of others without acknowledging that people do not learn by trying to replicate previous successes.

In an environment where managers and employees know that failure is not an option, and where demanding goals never seem to go away, the learn-from-failure theory goes out the window. In this environment, any employee hearing that, it’s okay to try and fail, would see such a message as dishonest and would not go near it.

Where the culture of perfection exists, managers and employees do whatever it takes to avoid taking risks because they know, every decision they make puts their jobs, their careers, on the line.  As a consequence they practice avoidance, and pass risky decision-making up the chain of command.

What makes the empty bucket analogy so apt is that many company leaders know what they are supposed to do, but don’t allow the “learn from failure” principle to take hold.  They do not give employees a genuine opportunity to learn how to succeed.  These companies take the long road to the exit door.

They will transfer the employee, diminish his or her responsibilities, enable poor performance, or pursue other avoidance techniques until there is no choice left except the difficult conversation.

Food for Thought: Filling a bucket with water is an action. Knowing where to pour the water requires that you know the value of the water in the bucket, and where it will do the most good. 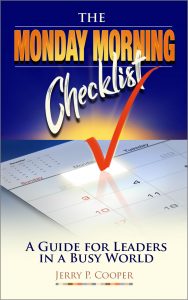 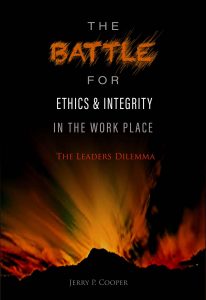